Austrian Singer/Songwriter Luke Lambheart’s first release, including “Two By Two” which was released as single earlier.

Austrian singer-songwriter Luke Lambheart is an American at heart. In the tradition of the eccentric 1960s folk singer, with a guitar in his lap and a chip on his shoulder, he makes music heavily drenched in all things American: rock’n’roll, the blues, bubblegum pop, as well as a stubborn insistence on his right to feel sorry for himself. He’s been writing songs on his ukulele for a number of years to pass the time, picking up a few instruments, as well as vices, along the way.
Since his first single ”Two By Two“ has gotten quite a bit of radio airplay in 2015, he has now released his self-titled debut EP. All songs, which are of course available on iTunes, Amazon, Bandcamp, as well as Apple Music, were lovingly and patiently produced by Thomas Ranosz at PureSound Recordings. Shortly. 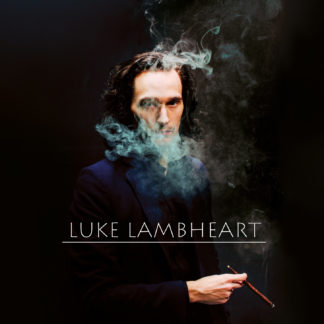